One of Western Australia’s most beautiful suburbs, Peppermint Grove is known for its large character homes that are tranquilly set in sought-after tree-lined streets. Our gorgeous Swan River is embraced by the area – as are sprawling foreshore parks for recreation.

The Grove’s long history goes back to 1835 when an inn-keeper named John Butler was given a grant of land consisting of 150 acres along the north bank of the Swan River. In fact, the land changed hands a number of times over the years and in 1891 subdivision eventually commenced when the land was purchased by a syndicate of George Leake, Charles Crossland and Alexander Forrest.

Thickly wooded with tuarts, jarrahs, red gum, banksia, native pines and hollies in its early days, it was of course the exquisite peppermint trees which inspired the suburb’s name. Brumbies roamed in the area, along with native cats, wallabies and an abundance of natural birdlife.

Today, Peppermint Grove has the unique status of being the smallest municipality in Western Australia, covering just 1.5 square kilometres of land. From time to time, there have been calls for boundary change, but these have always been firmly rebuffed by residents.

The current-day Council recognises that a key objective of residents, even now, is to maintain the unique character of Peppermint Grove. Many of the Council’s strategies and initiatives are specifically directed at helping to preserve and enhance the ambience of the local area.

The suburb’s major shopping complex – Cottesloe Central – is an icon along Stirling Highway and is well utilised by residents of surrounding areas. Cottesloe Primary School and Presbyterian Ladies’ College are also located within the suburb, as are the shire council office and the Grove Library on Stirling Highway.

There are also plenty of well-maintained reserves on the riverfront, most notably Manners Hill Park and Keane’s Point Reserve which offer their own recreational facilities and jetties. Multiple bus routes services the suburb, as do the Cottesloe and Mosman Park railway stations.

Only a few minutes separate the heart of Fremantle from Peppermint Grove as well, whilst the Perth CBD is just over 20 minutes away.

Its proximity to the river and adjoining riverfront reserves are amongst the main reasons to consider living in Peppermint Grove. Surrounding top-class infrastructure and leisure facilities (such as the Royal Freshwater Bay Yacht Club and Peppermint Grove Tennis Club) are also major highlights, as are some of Perth’s best private schools being located nearby.

Although prestigious, the area remains friendly and welcoming to families, with most pockets tightly-held. A combination of newer architecturally-designed residences and refurbished grand character homes also makes Peppermint Grove one of the most attractive suburbs in Perth – in every sense of the word. 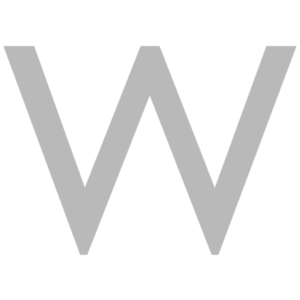